Recognized as an Emerging Leader of Taj, Roy joined the Taj leadership program in June of 2008. Roy’s impressive resume includes serving as the Head Chef at Italian Prime Minister Romano Prodi’s party at Raj Bhawan, Calcutta in February 2007, and serving as Chef-in-Charge of the War Ship at the prestigious fleet review for President of India, held at Visakhapatnam in February 2006.

An accomplished chef, Roy has won numerous medals in culinary competitions and was selected as one of Ten Best Continental Chefs of Taj group of Hotels back in 2001. Chef Roy was also awarded “Silver Hat Chef” Award by the Indian Culinary Forum. Roy has also appeared on TV and participated in several international food festivals around the country. 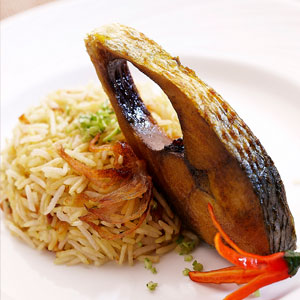