Chef Uddipan Chakravarthy, an alumni of IAM, Salt Lake City, Kolkata having previously worked at Park and Choice hotels international USA, joined the Taj Group 18 years ago. He has worked in many properties of Taj in cities like Delhi, Hyderabad, and Mumbai. He has more than 21 years of experience in the culinary industry. It’s in Mumbai that he truly mastered the dining scene, trained under the one of the best and famous chefs of India, Chef Ananda Solomon.

With a decade of experience in the Taj Group, Chef Uddipan has taken charge of the kitchens at Vivanta by Taj - Yeshwantpur, Bangalore, as Executive Chef. He has shaped two of the prominent upcoming restaurants in the group like his babies; Paranda (pre-independence Punjabi cuisine) and Azure (food from the olive producing regions of the world).

He has done a number of theme weddings, sit-down dinners and high end conferences which has made Yeshwantpur one of the sought after destinations in Bangalore.

A key figure among a new generation of chefs of Indian origin, his forte is food styling. Chef Chakravarthy draws a fine line between tradition and innovation. He believes in simplicity of food and stays away from processed and molecular food. He remains inspired by the rhyme of seasons and his menu driven by fine ingredients.

He has been the Executive Sous Chef for the best restaurants in India likes of Trattoria, Thai Pavilion and Konkan Café (Vivanta by Taj - President, Mumbai) and Kabab-e-Bahar (Taj Banjara, Hyderabad) to name a few. He has worked on different projects closely with food critics Rashmi Uday Singh (a chairperson for 50 world best restaurants academy) and Matt Preston (formerly the author of a restaurant column in The Age newspaper’s food section, "Epicure", Preston is also a writer for Master Chef Magazine and Delicious magazines, a former writer for Vogue Entertaining + Travel and former Creative Director of the Melbourne Food and Wine Festival).

He has had the opportunity to cook for many Heads of States and celebrities, and what gives him the satisfaction is the spontaneous smile on the face of guests after a satisfactory meal. Chef Chakravarthy has set high standards for himself and has a habit of out doing himself again and again.

His food philosophy is to build around quality ingredients, pure and simple. 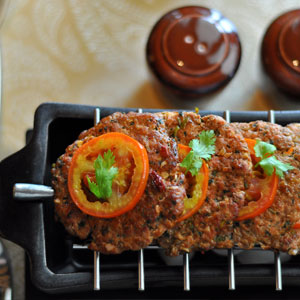 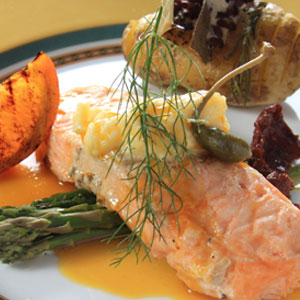