The path widened at ITC Maurya Sheraton, New Delhi in 1987, where his knowledge & skills got fine-tuned under the guidance of Chef Warish Qureshi, Imtiyaz Qureshi, Nasheem Qureshi, Rahees Qureshi and Gulam Qureshi. The flavor of Mughlai and Awadhi cuisine got inculcated in his blood, mind & soul.

In 1992, his culinary journey took him abroad to spread out the aroma of Indian spices throughout the world like Bangkok, U.A.E, Lusaka etc.

Finally in the year 2008, he joined the Taj family to discover something significant in the culinary world at one of the most traditional & authentic restaurant serving North West Frontier food called Terracotta at Vivanta by Taj - Whitefield, Bangalore which was also the first Vivanta hotel to open in the country.

1.    The main influences that made me interested in food and cooking as a career and my earliest memory in the kitchen...
In childhood, I was nurtured by the king of spices, My Dad. He is one of the descendants of Nawabs.  I had seen him experimenting with meats, herbs, fire and spices. He used to carve out a new dish with the same ingredients every day. The aroma of spices & herbs make people dream about the delicacies that is getting ready.
On experiencing such visuals, there was a strong urge that developed for me to become a chef who can create meal experience with every ingredient. I started playing with my knife which was gifted to me by my dad.

2.    My favourite dish to cook, from childhood.
Galouti kebab.

3.    My secret to great food...
I play with three things to control the flavour, aromas and texture.
There are only four major tangible and intangible parameter which needs to be controlled:
•    Water
•    Fire
•    Salt
•    Time

4.    In my free time, I would like to...
Keep experimenting with several ingredients to create a new meal experience every time.

5.    The kind of adaptations I have had to make while combining two cuisines/palates / guest taste...
When I had my knife, pans and my equipment, then it was more of mustard oil, heavy cream, butter, clarified butter and more of meat were part of Indian cuisine.
But now it had evolved completely in a span of 25 years. Now we use more of olive oil and unsaturated fats and ingredients which are high in good cholesterol rather than bad cholesterol and less carbohydrates.
It is a great challenge for us to maintain the same flavours and aromas with health friendly ingredients but that’s where the thrill lies to make our guest devour the taste without compromising with their health.

6.    I will describe my restaurant/hotel to a first time customer...
The most authentic North West Frontier cuisine in Bangalore. 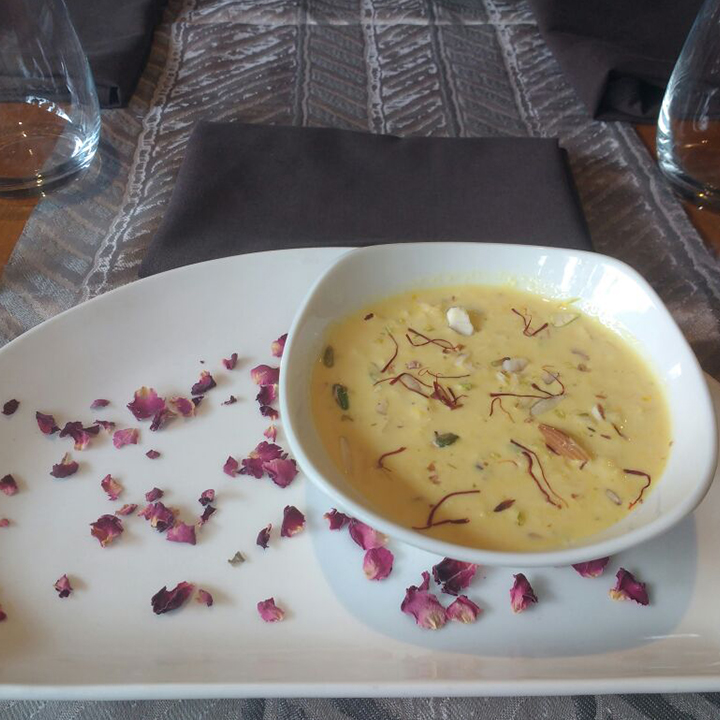