The Eloquent Elephant’s Chef Nigel Lobo is a rising star in cuisine and brings his own creativity and twist into the menu. Having grown up in the multi-cultural landscape of Dubai, Nigel went on to the Oberoi Centre of Learning and Development in India, after which he embarked on his culinary journey that took him across the world from Attica in Melbourne, Australia (21st best restaurant in the world at the time) to La vie in Osnabruck, Germany (3 star Michelin restaurant). He further honed his skills at The Oberoi Udaivilas, Udaipur India, following which was an in depth training in Spanish Gastronomy which included a stage at Miramar in Llanca by Paco Perez (2 Michelin Star), Compartir in Cadaques (from the Chef de Cuisine’s of el bulli) and La Tahona (a local tapas bar) in Valladolid. Nigel subsequently trained in Spanish gastronomy while gaining an integral understanding of Spanish culture, language, history, and modern 21st century Spain. And in April 2015, he came on board as Chef de Cuisine at Taj Dubai’s British style gastropub The Eloquent Elephant.

Accountable for the quality, consistency and production of The Eloquent Elephant kitchen, Nigel exhibits culinary talents by personally performing tasks as he leads the staff and manages all food related functions.

Nigel prides himself on using the best ingredients and freshest produce for the innovative dishes on the menu. His style of food is cosmopolitan, as he embraces diverse food cultures. From a young age he was in touch with different ethnic groups that influenced his subtle use of spices and the way he mixes different flavors and textures.

What were the main influences that made you interested in food and cooking as a career?I think the amount of passion my mom put into the food we had, played a major role in me taking up cooking as a career. Apart from that, there were a host of TV shows and travel channels which focused around chefs like Gordon Ramsey, Anthony Bourdain etc. which I was influenced by. These shows portrayed the glamorous side of the profession which were very enticing to me as a young teenager. That is the time I decided that I would like to become a chef. What is your earliest memory in the kitchen and what is your favourite dish from childhood?My earliest memories revolve around my mom grinding fresh masalas in the kitchen daily to make her fish curry. There wouldn’t be a day when there wasn’t a balanced meal put on the table. Plus dinner would be different daily - ranging from pasta, curries (accompanied with that perfect ‘phulka’), grilled meat or fish. It was not only the effort to do this daily but the endeavour to do it with no shortcuts involved! I wasn’t the kind of person who used to get my hands dirty in the kitchen. I would rather run away for a game of football!I love the crab curry made at home and a spicy South Indian style crab stir fry made along with it. I used to spend hours on the table breaking down the crab and gorging it down. What would be your favourite dish to cook?There are a lot really! But if I had to choose I like cooking with off cuts - Ox tail, beef cheeks. Cooking at low temperatures for longer periods of time till the meat becomes tender and literally melts in your mouth. Beef cheeks with sweet potato puree and honey glazed parsnips which features on our menu is a favourite for sure.A cuisine that you want to learn…Over the past few years, South American cuisine has been gaining a lot of traction. I would love to delve deeper and understand it better. Your secret to great food…Seasoning. There is an art to having just the right amount of seasoning to a dish. The last cookbook you bought….The Larousse Book of Bread by Eric Kayser. A culinary show or movie you love to watch…or what would you like to do in your free timeChefs table on Netflix - it takes you through the experiences, trials and tribulations of the best chefs in the world. At times, it motivates you towards the profession. Day’s off always fly by. I play a sport - depending on the day, it’s either squash or football. Find time to practice the guitar. Catch up with friends for a meal or a movie. Being a big TV buff - I lag behind on most of the TV shows and need to catch up. What kind of adaptations have you had to make while combining two cuisines – for e.g. Indian and Intercontinental. Dishes are balanced by treating the ingredients with respect. At The Eloquent Elephant, we have a lot of international influences. e.g. Japanese, Spanish and Italian. We also experiment with techniques both traditional and modern, and always try to maximise the flavour in each and every dish and endeavour to make it as tasty as possible. Our tuna tartare is a perfect example of this.Your guilty pleasure…A double cheeseburger from McDonalds and 70% dark chocolate. How would you describe your restaurant to a first time customer?A home away from home. How your menu is designed, what kind of research goes into its preparation, can you walk us through the process?The menu at The Eloquent Elephant is broadly classified into five categories. Nibbles, Starters, Mains, Sides and Dessert.A lot of effort has been put into the recent menu change at the restaurant which has taken months. I went around London to dine at various Michelin starred restaurants, gastro pubs and street food stalls to know what food our customers might be looking for and what is on offer at some of the culinary hubs around the world. We found locally sustainable and organic farmers in Dubai, visited their farm and built our menu around what we would like to use. We do a tasting with our management team. Then, Invite our regular guests and take feedback from them as well. This time, not only did we focus on ingredients, we incorporated a lot of interesting cooking techniques as well like using a Himalayan salt block to crisp up the chicken skin which is earlier cooked sous vide, our hand cut chips are triple cooked. Your recommendations at the restaurants at Taj Dubai...Slow cooked beef cheeks at The Eloquent Elephant, our gastropub.Malabar crab at Bombay Brasserie, our Indian designer kitchen.Crispy sticky beef at Tesoro, our global eatery. 4-5 personal tips that you would like share with our readersRespect your ingredients. Season it well and that is all you need for a great dish.Experiment - keep trying till you succeed.Trust your instinct. 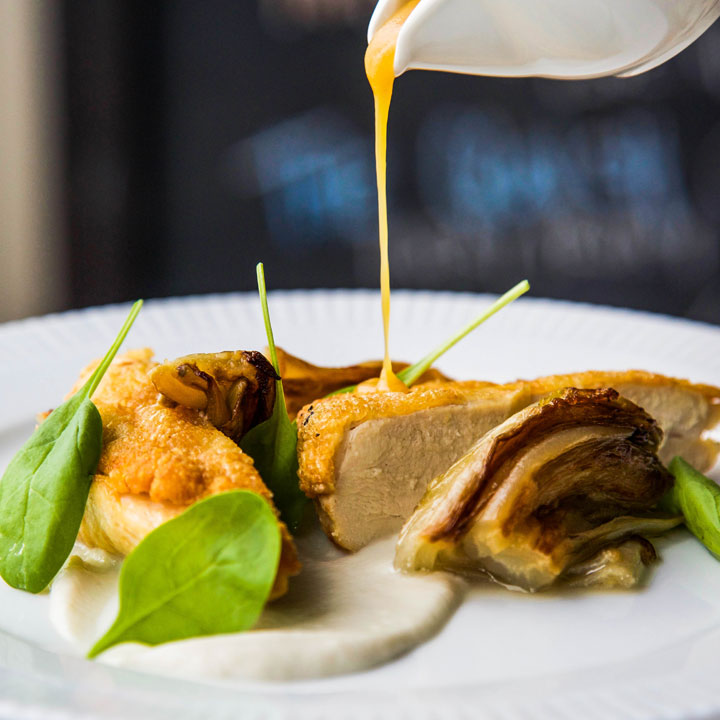 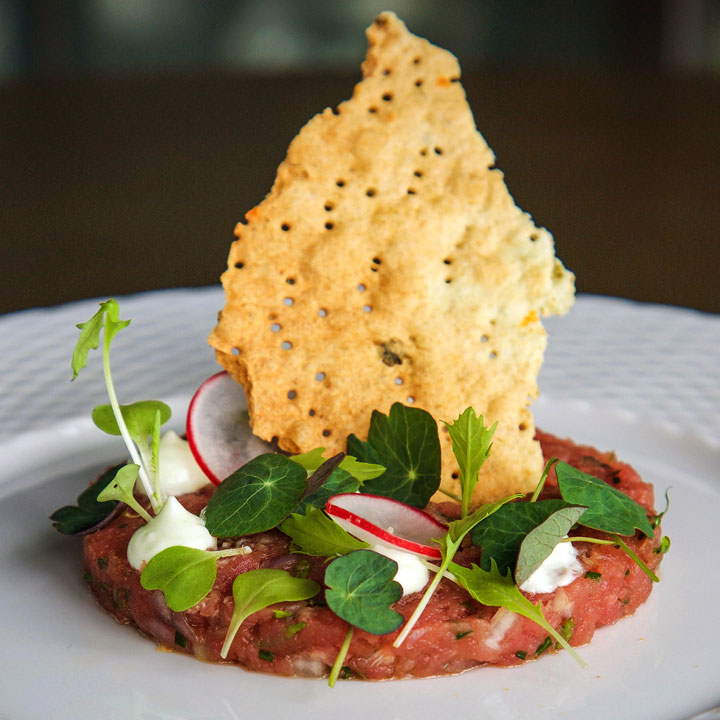 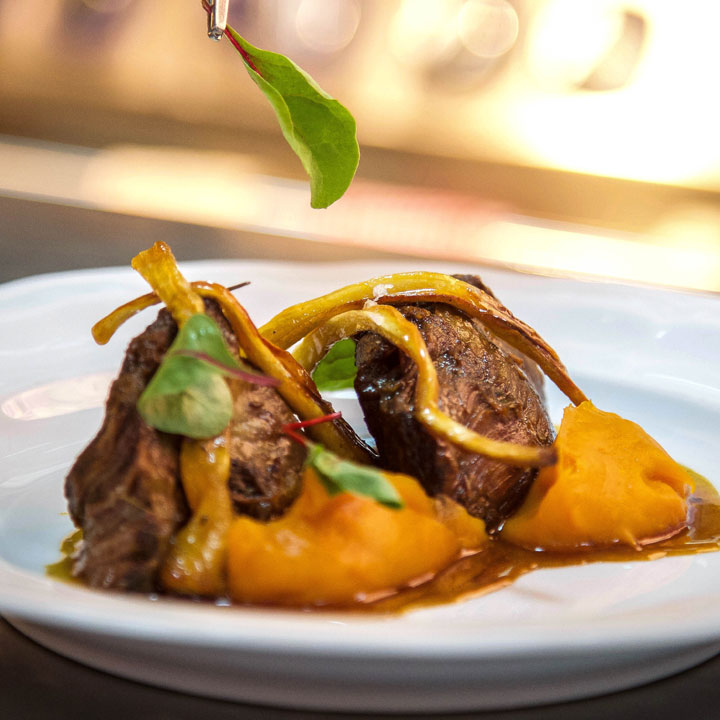